With the Offshore Wind Energy Roadmap, Colombia aims to build a transparent and clear regulation that guarantees energy security with a resilient and decarbonized electricity market. The roadmap estimates a potential of almost 50 GW of offshore wind capacity, where 27 GW is best suited for bottom-fixed and 21 GW for floating foundations. Soon the government will open a comment period for the competitive process for the first allocation of marine areas.

Offshore wind can bring Colombia more than USD 27 billion in investments and create 26,000 jobs by 2050. The first project in Barranquilla will see investments of up to USD 1 billion.

Barranquilla already made headlines in the beginning of March, as the Mayor Jaime Pumarejo signed an agreement with Copenhagen Infrastructure Partners for a 350 MW offshore wind project. The project will be developed with an aim of becoming the first wind farm in Latin America.

The major focus for the Colombian government and city officials is the energy transition to renewables, and more importantly how it can generate employment and benefit the economy. Colombia is also looking to other sustainable energy solutions, such as hydrogen. 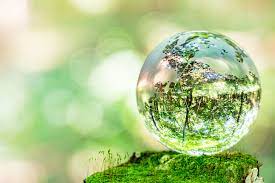 The biggest challenges for sustainability in Latin America

More than 160 million Latin Americans do not have access to safe water, and more than 430 million...